Share All sharing options for: Rangers Recap: Rangers 4 Canadiens 3 (SO) 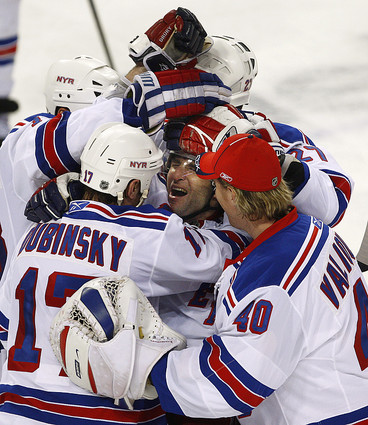 It's Opening Day here at Blueshirt Banter, so let's get things started by taking a brief look at some notes from Tuesday night's win over the Habs.

In the meantime, it's Opening Day, enjoy the party! We've got seconds on baloney sandwiches, and there is a cooler full of Milwaukee's Best.