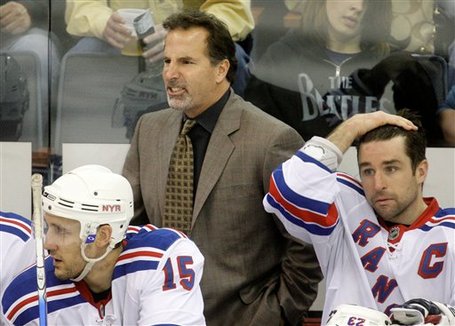 Different game, same story when your playing the Penguins. Plenty of power play opportunities for the Siddy and the Kids and a game filled with questionable calls and noncalls. The Rangers can't win if they spend 21+ minutes in the penalty box. It was just another infuriating game in Pittsburgh.

It's tough when you have to beat two teams at once. How are the Rangers supposed to beat the Penguins in addition to 2 referees wearing Gold & Black stripes?

I'm DISGUSTED. The referees took control of the game as they always seem to do when the Rangers play the Pens. But any excuses I can come up with aside, the Rangers left 2 big points on the table. Now is not the time for a losing streak. Huge game against the Devs Monday night.