Share All sharing options for: Will Rangers cry "Wolfpack"? 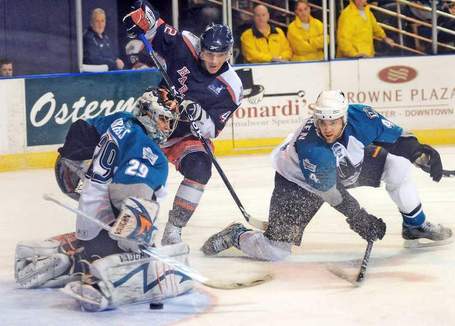 That is one of the many questions the Rangers face on their day off before facing the Capitals in Game 6 tomorrow at the Garden.

The Rangers offense needs a jumpstart, and its pretty obvious at this point that it won't come from in house. Summoning a player from Hartford is really the only way at this point to try something different. Head Coach John Tortorella has tried every line combination imaginable, and has gotten occasional results, but he's been unsuccessful in finding a line combo that can sustain an offensive.

Hartford is playing Game 6 of the Atlantic Division First Round tonight against Worcester. With a day game tomorrow, one would think any callup would have to take place before their game this evening, can't imagine the Rangers would call someone up after tonights game and expect them to be ready for a matinee tomorrow.

Artem Anisimov would probably be the obvious pick should the Rangers decide to go that route. He has been up before, was the leading scorer for the Pack, and may be able to generate chances on the power play with his speed and size.

If we hear anything either way, we'll be sure and bring it to you.