2nd Round Playoff Pick-em: Does Joe know more than you? Yes!

Share All sharing options for: 2nd Round Playoff Pick-em: Does Joe know more than you? Yes!

Well I think it’s about time you all ate some humble pie. Hey Jim, Ryan and Rob make sure you guys take large slices. Your comments of "just so Joe doesn’t get too excited about winning" and "yeah we have to keep Joe humble" are now nothing more than fuel for the flames of my giant ego. I am a hockey genius, it’s as simple as that. My brilliance hasn’t been seen since Mark Messier donned his Ranger blues, the first time not the second.

In our inaugural playoff pick-em’ tournament I dominated.  I dominated like Messier in Game 6. Not only was I the only one to call the Hurricanes, but I even called them in 7 games. A pick that Jim said would "sink me." But instead of sinking me it was the final push I needed to get past Yellomellojello and chitownnnick—who both finished with 8 points and were fantastic pickers. But in the end I won, is it really not a surprise, and I will have to pick a suitable prize for myself. Here are the complete standings from the tournament. Hey Jim, Ryan and Rob lemme know how the weather is down there in the basement.

Let's see how the rest of the Banter "experts" did with their first round picks: 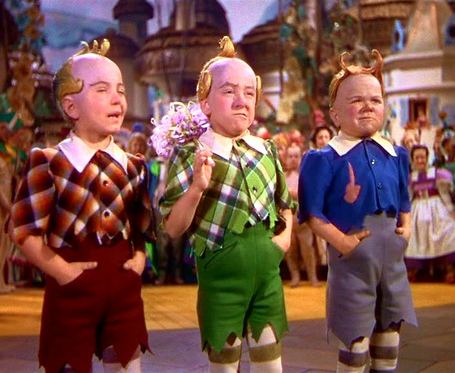 jim, ryan, and rob face the music after their disappointing 2nd round picks.

But on a serious not thank all of you who participated it truly was a lot of fun. And if you are curious I was peeing myself during the Bruins Canes game :-).