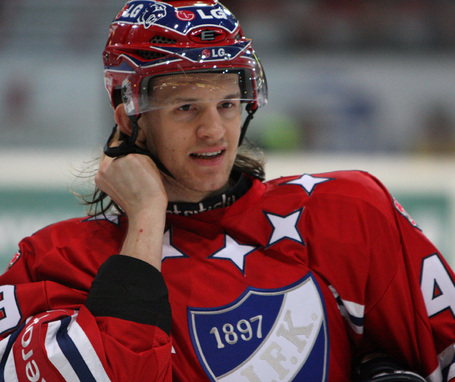 Heikkinen, 24, skated in 54 games with HIFK Helsinki of the SM-liiga this past season, registering eight goals and 26 assists for 34 points, along with 22 penalty minutes. His 34 points ranked third among all SM-liiga defensemen. He led all HIFK defensemen in goals (eight), assists (26) and points, while finishing second on the team overall in assists, fourth in points and seventh in goals.

Here is a video of Heikkinen scoring a goal, he is 49 in red: