Share All sharing options for: Funny sidenote on the Patrick Roy story 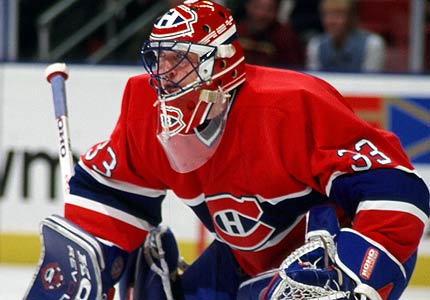 So as Joe told you earlier, Patrick Roy has reportedly been offered the job of GM and Coach of the Colorado Avalanche.

Last night David over at Mile High Hockey posted the following question to all of the hockey blog managers:

With the newest rumors that Roy may have been offered the coach AND GM
position in Denver, it got me thinking. I know there have been other coach /
GMs over the years, but can anyone think of someone who's done it with no
NHL experience at either position before?

And here was my response:

Phil Esposito retired with the Rangers in 1981 and went straight to
the broadcast booth, where he remained until 1986, when he was hired
as GM. He hired Tom Webster as head coach for the 86-87 season, but
Webster had to resign only a month or two into the season, and Espo
coached the team the rest of the year. So he gained the GM job with no
experience, then gave himself the head coaching job with no
experience.

This information can be found if you Google "Why didn't the Rangers
win the Cup for 54 years?", it will come up on page 5 or 6, LOL