Sean over at Puck Daddy is reporting that Sergei Fedorov will sign with Metallurg Magnitogorsk of the Kontinental Hockey League.

Fedorov is following in the footsteps of Jaromir Jagr, who left for the KHL last year, and former Florida Panther Richard Zednik, who signed a 2 year deal a few weeks ago. Former Nashville Predator Alexander Radulov bolted in the middle of his contract to sign a three year deal with the Salavat Yulaev Ufa team last year, and rumors have also circulated that Ranger forward Nikolai Zherdev may be taking the rubles and running.

At the end of its first season, the KHL set aside $31M specifically geared towards luring players from abroad, as the KHL strives to compete with the NHL.

At the recent KHL Awards Ceremony following its inaugural season, KHL CEO Vyacheslav Fetisov commented "In five years' time the KHL will catch up with the NHL in all possible aspects including players' skills, club management, and how the league functions. It's a very ambitious task, but we will fulfill it." 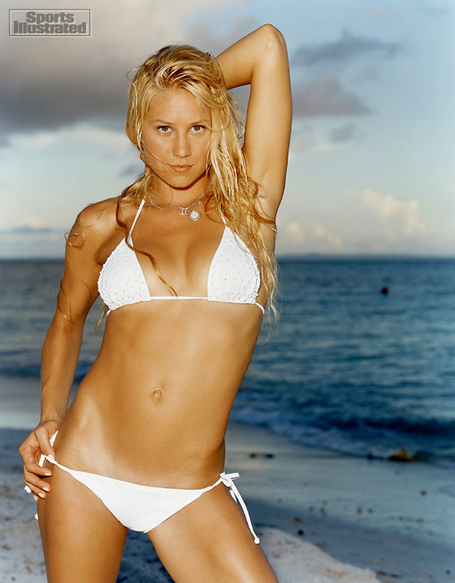 Since no Sergei Fedorov story would be complete without a gratuitous Anna Kournikova photo, here you go. [Photo courtesy of SI.com]