While we are also trying to cover the players the Rangers could be drafting, we want to make sure we are covering everyone. So let's take a look at "The Next One".....John Tavares: 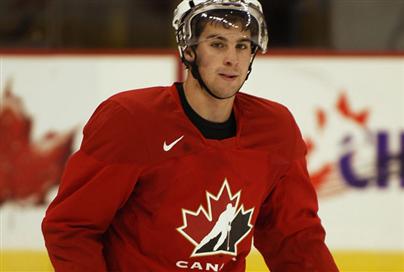 He was named the 2007 CHL Player of the Year after breaking the OHL record for goals in a season by a 16-year-old with 72 (previously held by Wayne Gretzky). He made his OHL debut the season prior as a 15-year-old, after receiving ‘exceptional player' status and was tabbed the CHL Rookie of the Year in 2006.

The talented center split the season between Oshawa and London, putting up incredible numbers with both squads. He finished the season with 58 goals and 104 points in just 56 games. He netted another 10 goals and 21 points in 14 postseason games. Registered an assist for the West at the OHL All-Star Classic. Was this season's top scorer in the regular season, finishing ten points above the next closest candidate, Plymouth's Chris Terry. He was also the OHL's top goal scorer, netting 58 goals in 56 games.

"I'm glad we're finally getting to talk and I can get my voice out there to New York and Long Island. Once and for all, I want to be clear that it would be a privilege to be drafted by the New York Islanders. Please let everyone know that. I can't believe some of the stuff that's been out there. I like the Canadian media and I'm on the web reading like everyone else, but some it has gotten out of hand. I don't know where they get that stuff."

We have two videos for you for John Tavares. The first, if you haven't seen it, is Tavares' amazing puck juggling act from late last season at the World Juniors:

Then the second video is Tavares' profile on NHL.com: