Next up in our draft preview is defenseman Victor Hedman 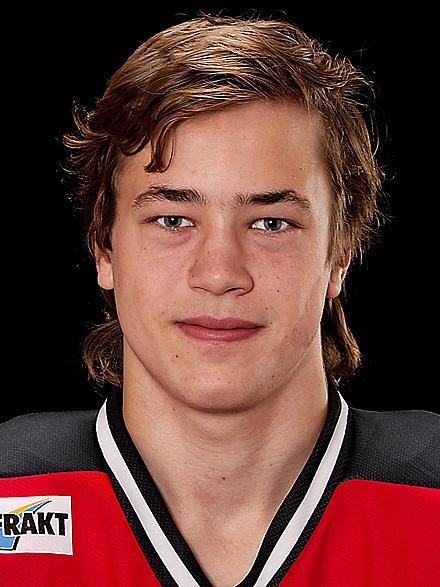 Victor Hedman is one of the fastest, smoothest skating d-men around, the irony in this is that he comes in at around 6'7" and 230lbs. He has excellent offensive instincts, which makes sure that he gets involved in the play frequently. He's got amazing vision and play making skills which make him more then adept at running the PP, he still gets plenty of time on the PK and is on the top pairing there, so defensively he is proficient as well. Has sound positioning skills and uses his size to his advantage, does not get beat often.

He patterns his game after top Swedish defenseman and Detroit captain Nicklas Lidstrom and his most memorable international hockey moment was watching Sweden capture the 2006 Olympics and World Championships.

6'6" and 225lbs at the age of 18, Victor Hedman is, to quote fellow Swede Borje Salming, a "big fellow". Roughly the size of Chris Pronger, Victor Hedman doesn't have a mean elbow or skate blade in his body. He's a silky skating goal scoring shutdown defenseman in the mold of Niklas Lidstrom, and that's why Hedman could go #1 overall if the Islanders decide against Tavares.