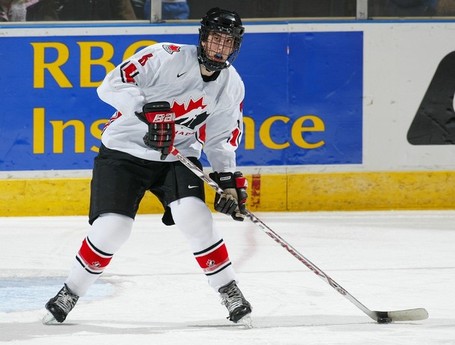 Our next draft prospect to be previewed is defenseman Jared Cowan.

Cowen is huge by junior standards and has become comfortable with imposing his size on opponents. Mobile for a player of his size, he is capable of contributing more offensively. His reach and strength enable him to dominate opponents physically in junior hockey. Spokane Chiefs management continues to marvel at Cowen's commitment and work ethic.

The hockey world will ask questions about Cowen's knee until he is able to prove he has overcome the effects of the injury. He is underrated offensively, but in today's NHL, he is likely destined to play a shut-down role with his size, mobility and reach. It will take time for Cowen to adjust to the speed in the NHL, but his Adam Foote-like grit will serve him well. A healthy Jared Cowen is destined to become a top-four defenceman in the NHL. With maturity and continued development, he can exceed this expectation.