Next up to be profiled is Kyle Palmieri 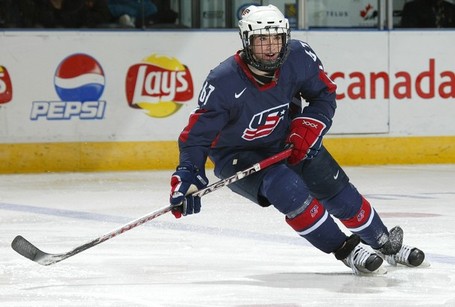 Palmieri credits his father for having the most influence on his career and his childhood hockey hero was Mark Messier – "I’ve always been a huge Ranger fan".

NHL Central Scouting's Jack Barzee
"I think Kyle's got a little bit of Chris Drury in him. I look at his passion, his natural skills and his tenaciousness, and that's what I saw in Chris. He's a lot of fun to watch because he has that vision along with a wicked shot. He very seldom passes up the opportunity to make the right play -- he's in position to shoot the puck and has that insight into whether to freeze and dish or just let it go."

Here is an article from NHL.com about an off- ice incident Palmieri had.

Palmieri could be headed to the OHL.