We are down to less than 3 weeks to the Draft, so let's continue previewing the prospects. Today we take a look at Carter Ashton: 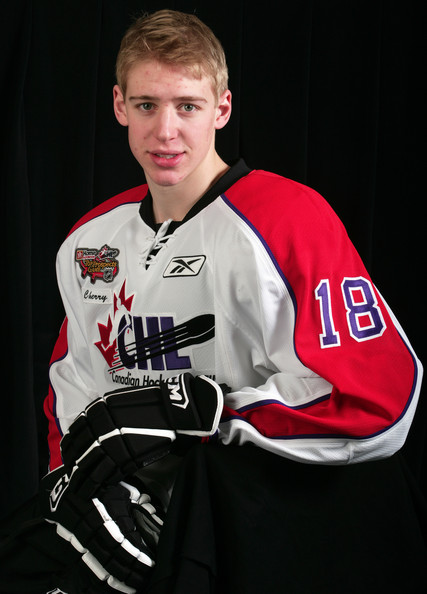 What they're saying: (click the link to see the whole story)

Carter Ashton competes hard every shift, every game. He has good size at 6-2 200lbs. Has really found the net this season, scoring 30 goals(WHL) with 3 games remaining).Good sized winger doesn't shy away from net or corners. Versatile,able to play all the forward positions

Carter Ashton was the Hurricanes first pick in the 2006 WHL Bantam Draft (7th overall). Ashton has had a breakout 2008-2009 season after an injury shortened 07-08 season held him to nine points (5G, 4A) in 40 WHL games. A 91-born forward he was ranked 6th among WHL skaters in the NHL Central Scouting Service's Western Hockey League Fall Preliminary rankings and was the first Hurricanes forward to reach the 20 goal mark this season.

Strengths: Near impossible to knock off the puck. Wins battles for the puck. Very good hands near the net. Underrated overall athleticism. Handles the physical game well.

At his best down low and near the crease - has a knack for the garbage goals. Great ability to protect the puck. Boxes out like a basketball player when battling along the boards. Some question his skating, but I think it's a plus. Stride looks a bit odd, but has good speed, balance, and not bad quickness.