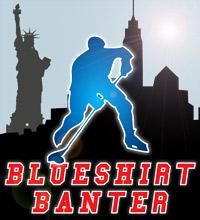 Some thoughts to kick off a new week:

Thank God the Zherdev situation will be finalized next week. It's become way too big a story for a 60 point scorer.

Memo to Dany Heatley, the Ottawa Senators, and the Edmonton Oilers: crap or get off the pot, all of you, I've had enough.

I don't think the Rangers have been interested in Heatley since the night the Gomez deal went down, despite what you've read. I think the minute they signed Marian Gaborik, they moved on.

We all know the list of ailments Marian Gaborik has suffered is long, but in 6 of his 8 seasons, he's been good for 65 games or more. His point per game average for his career is .87 in the regular season, and .76 in the playoffs. He claims he is completely healthy, and I'm inclined to believe him.

I think Ryan Callahan did the smart thing by signing that 2 year deal, I see him cashing in big time after the 2011 season.

The Lauri Korpikoski trade will work out well for both sides. Korp will get more playing time with the Coyotes than he ever would have with the Rangers, and the Rangers got a guy in Enver Lisin who has a lot more upside offensively. In terms of offensive potential, the Rangers got the better of the deal. When looking at the better all around hockey player, than I think the Coyotes get the edge. In the end, I think both teams will be happy with what they got.

The more I hear about Ryan McDonagh, the more jazzed I am to see him on Broadway. The Canadiens may be saying "if only" for years to come.

You guys know of my love for the Giants, and how I love to make football analogies, and here is another one: over the weekend, John Tortorella told Arthur Staple at Newsday (click link for full story) that the new attitude is going to be "Shut up and play". Reminds me of Tom Coughlin telling his 2007 New York Giants "Talk is cheap, play the game!", and I need not remind you how 2007 turned out for those Giants. I'm not saying our Rangers are heading for the same fate, but I love, love, love the fact that Tortorella has recognized that this team needed an attitude enema, and he's ready to administer it.

Good luck getting that vision out of your head, my friends.

For those of you old enough to remember 1994, you remember hearing about the brutal training camp Mike Keenan put that team through, he wanted them to be the best conditioned team in the league, and obviously it paid off. John Tortorella took issue with his team's conditioning almost from the first game, and since his training camps are known for being grueling to begin with, I expect this team to be put through the ringer.

Don't forget Blueshirt Banter Radio will be on the air every Wednesday night from 7:30 to 9 PM until the beginning of the season. We're having a lot of fun doing these shows with you guys, and your response to them has been great. We've got a little something special planned for this week, which I will announce a little later on today.

I usually don't argue with anything the Devils do, because somehow it always turns up aces for them, but the rehiring of Lemaire is a head-scratcher.

As bad as things seem to you sometimes with the Rangers, it could be worse, they could be the Mets.