Share All sharing options for: New Ranger on the block: Christopher Higgins

With less than a month to go before training camp, we want to start taking a look at the new faces around the Rangers heading into the 2009-2010 season.

How acquired: Traded to the Rangers along with Ryan McDonagh and Pavel Valentenko for Scott Gomez, Tom Pyatt, and Mike Busto.

NHL Draft: First round pick (14th overall) of the Montreal Canadiens in the 2002 draft.

Scouting Report: (Courtesy of Bob at Habs Eyes on the Prize) 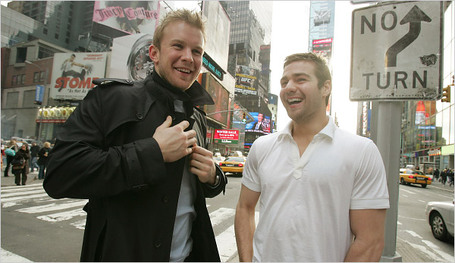 In Higgins, you guys are getting a tireless worker, whose worse habit is trying to do too much in one shift. He has a tendency to wear himself down physically by hitting everything all the time, whether neccessary or not. He's a injury prone busybody, and his strength is puck cycling and putting shots on net. He's far from a sharpshooter, but he's solid when it comes to creating scoring chances. It's not uncommon to see him fire between five and eight shots on net on a good night, but come up empty handed. He's an honest player. You, the Ranger faithful, and Torts will all appreciate him. He's an extremely likeable kid.

Oh yeah, and Higgins traditionally kills the Islanders. He's from there, and it shows when he plays on Long Island in front of family. He couldn't have been traded to a better place for himself.