Summer Hockey Fill: Get to know the Minnesota Wild

Share All sharing options for: Summer Hockey Fill: Get to know the Minnesota Wild

The hockey managers at SBNation decided to pair up and swap a few questions about their respective teams. In a strange bit of irony, Blueshirt Banter was paired up with Hockey Wilderness, the SBNation blog for the Minnesota Wild. Nathan and his team do a great job over there; make sure you check out their site. 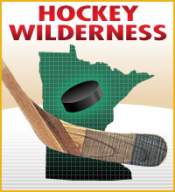 Without further ado, here is what Nathan and I discussed regarding the Wild's upcoming season.

Blueshirt Banter: The Wild made a couple of great hiring's at GM and head coach. After many years of playing Jacques Lemaire's system, do the Wild have the right players for what is expected to be a much more offensive-minded system under new coach Todd Richards?

Hockey Wilderness: The right players? That is the ultimate question, isn't it? The Wild, never known for their offensive prowess, will suddenly find themselves in a new system with players drafted, developed and evaluated on their abilities to play positionally, play a puck possession/counter-attacking offense, take few chances and always know where their defensive responsibility lies. Players like Mikko Koivu, Nick Schultz, Antti Miettinen, Eric Belanger, Kim Johnsson, Cal Clutterbuck and Martin Skoula have found (reasonable in some cases) success in Jacques Lemaire's system, because they weren't expected to be everything to everyone. They were expected to stop the other team from scoring first, make offensive plays second.

Players like Pierre-Marc Bouchard, Marek Zidlicky, Marc-Andre Bergeron, Benoit Pouliot, Colton Gillies and James Sheppard who found themselves in Lemaire's doghouse for taking risks in the offensive zone and abandoning their defensive responsibilities or not back-checking as hard as possible, will likely find the new system refreshing, as they'll probably have much more latitude with the puck.

Guys like Andrew Brunette and Owen Nolan can find a home in any system. Anyone who can create traffic and score down low will find a spot on an NHL roster and succeed. Guys like John Scott, Derek Boogaard and Craig Weller were a staple in the old NHL, but having three on a roster in the new NHL and particularly in a free-flowing system, might find themselves on the outside looking in.

BSB: The injuries to Marian Gaborik are well documented, but after Gaborik left to sign with the Rangers, the Wild signed a player who has also had his fair share of injuries, Martin Havlat. I know many of your readers were not all that sad to see Gaborik leave for NY, but how have they reacted to the Havlat signing?

HW: Havlat is the kind of guy who, like Marian Gaborik, would find a home on any roster because they can make plays and put the puck in the net. The fans have been drawn to Havlat like moths to a flame because of his talent and on-ice determination to score, not to mention his twitter-driven openness. Gaborik had none of that in the eyes of many. I don't speak for many Wild fans when I say that I was absolutely crushed to see Gaby leave Minnesota. I think he would have been a 50+ goal guy on a Todd Richards team. It's as if they remember only the injuries and attitude of Gaborik, but ignore all of Havlat's injury history. We'll see what happens when Gaborik plays 65 games for the Blueshirts and goes for 85 points.

All this being said, the biggest question will be the impact on Niklas Backstrom and Josh Harding. Going back to Manny Fernandez and Dwayne Roloson, the Wild have had fantastic goaltending numbers, which many believed to be inflated due to the system. Backstrom signed a massive deal last season, and Harding will likely be tradebait this year to bring in young offensive talent. But if they suddenly find that the kinds of quality chances that the opposition had been denied for so long in Minnesota start showing up and Backstrom nears a 3.00 GAA, you might find people turning on Backs in a hurry or dreaming for the days of "The Trap."

Thanks again to Nathan over at Hockey Wilderness. My answers to his questions about the Rangers are up on their site today.