The game versus the Buffalo Sabres saw both teams do a decent job of keeping players out of dangerous scoring area. This game was an old fashioned shootout, in part predicated by the numerous powerplays seen by both teams. As you'll see, the game featured many momentum swings, with both teams getting several chances in a row over different periods of the game.

For those reading this story before the game data against Buffalo, here's the definition once more:

Details after the jump.

The Rangers played a strong 5v5 game, but the special teams did them in. Also as with the last post, here are the head to head matchups: 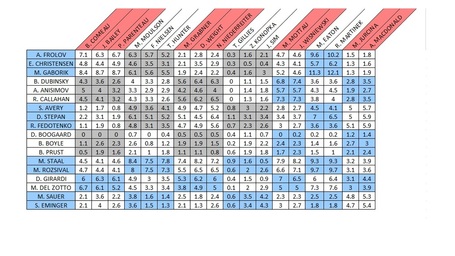 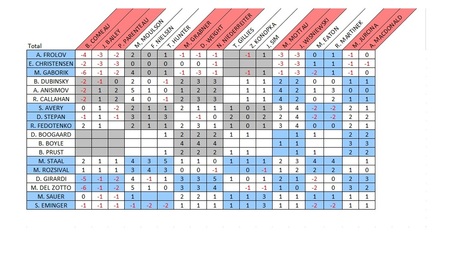 Once again, thanks to Vic Ferrari of timeonice.com for the amazing scripts that make this possible.