Scoring Chances for Game 3 vs Toronto

Share All sharing options for: Scoring Chances for Game 3 vs Toronto

We'll just get right into it this time, with the definition repeated again for those that are not regular readers, or didn't see the article 8 hours ago:

Despite what one might expect from the depressing 30-12 shot count after two periods, the Rangers were only outchanced 14-11 over that period. No, they didn't have 11 chances in 12 SOG. They had 11 chances of which many fired over and wide of the net, failing often to take advantage of an at times shaky Jean-Sebastien Giguere.

After the jump, the full data for game 3, courtesy again of Vic Ferrari of timeonice.com

Here is the head to head data, again courtesy of Vic Ferrari: 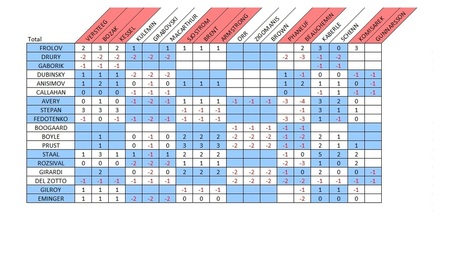 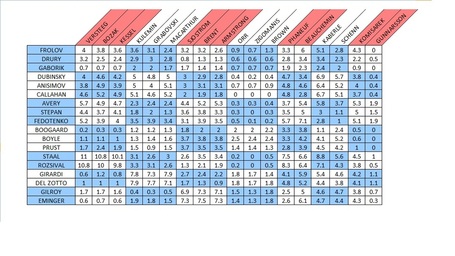