Scoring Chances for Game 9 vs Carolina

Share All sharing options for: Scoring Chances for Game 9 vs Carolina

In what was very much a defense optional game, the New York Rangers allowed a season high 24 chances to the Carolina Hurricanes, with 17 alone coming at even strength.  They also had their two of their three worst periods of the season, with only the 3rd period against the Islanders (13 against) being more swiss cheesy than the 9 and 10 chances in the 1st and 3rd periods, respectively.

On the bright side, the team also managed 24 chances themselves, while posting their single best total of 12 scoring chances in the high scoring 2nd period.   Both Henrik Lundqvist and Cam Ward should be praised for their efforts.  For the defense, it's back to the drawing board.

Head to head tables are here: 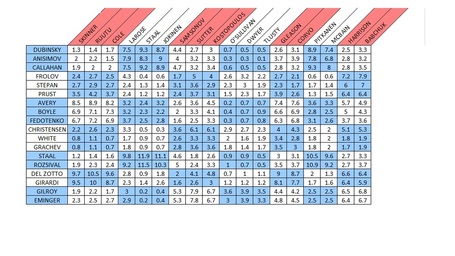 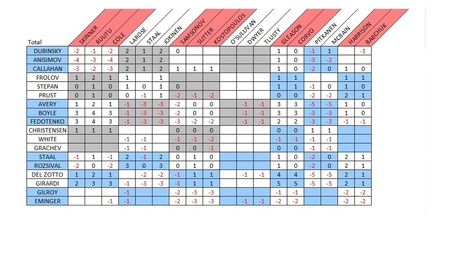