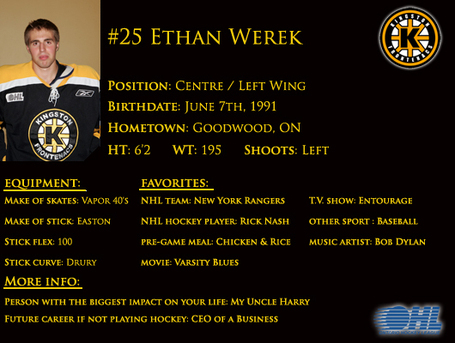 Game 6 of their OHL playoff series with the Kingston Frontenacs.

According to the Canadian Press, Werek tore his ACL 13:15 into the middle period when Brampton's Matt Clark drilled him into the boards. Clark was assessed a five-minute major and a game misconduct for checking from behind.

I just spoke to Werek, and he told me he is seeing a doctor tomorrow, and will know more about the extent of the injury then. We'll have an update for you when it's available.