I know we will be seeing plenty of draft strategies and offseason plans from you guys this Spring and Summer. We all like to play GM and say who we should draft, sign, re-sign, trade, and bury in the minors. As many of you know, I am a man of the people, and I too have a draft strategy for our beloved Rangers (and an offseason plan, but we'll deal with that later). I know some of you are saying, "A draft preview already? What?" This started as a comment on nyr911's FanPost and George and I both agreed it should probably just be a story given it's length.

By now you all have come to expect two kinds of articles from me: the serious analytical articles I sometimes produce, and the "other" kinds of stories, comments, and pictures I offer for your infotainment (I can't believe this spell check didn't put that little squiggly red line under the word "infotainment"), this article will most certainly not be categorized under the former.

So I present you with Digger's Draft Strategy. Join me for the round-by-round breakdown after the jump. Or not, but if you don't I'll cry.

1st round. Let’s get this party started! Right off the bat, anyone but a fucking defenseman and I’ll be happy. We are up to your necks in defensive prospects and had two rookies as part of our d-corps last year. We already have two first-rounders waiting to join the fold. So in short, anyone but a d-man. A guy with a cool name is bonus points.

2nd round? Any guys that should have been drafted in the first round still around? Do any of them have cool names or are from Germany or Slovenia or some unusual hockey country? Draft that kid. What? He has one eye? Well… eye patches are menacing, especially on Germans. Draft him. 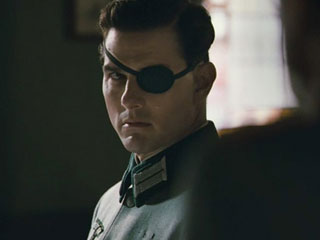 (How to tell the difference between a "good" German and a "bad" German in the 1930s and 40s? Eye patch means he's good. Tricky huh? I thought so too.)

3rd round. Any guys who should have been drafted in the 1st round or early 2nd round still around? Do they have an attitude problem? Does this attitude problem come in a package deal along with a gold necklace and a cocky little grin? Will they be a project that our coaches and player development staff think we can handle? Yeah? Stay the hell away from that kid. Draft a Canadian or a Finn. You can’t go wrong with a Canadian or a Finn. 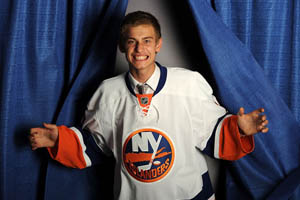 You'll see this face in your nightmares for weeks now. You're welcome. (Getty Images)

Is it the 4th round? Find a kid with an Irish last name. I don’t care if he is less than 6 feet tall, just do it god damnit. 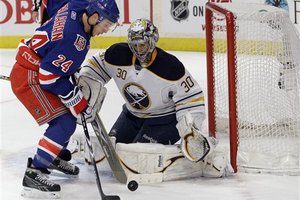 Mambo Number 5th round. Not a bad round to draft a career AHL goalie, so keep that in mind. Any of these kids have NHL dads? That is a trend we seem to be fond of lately (Ryan Bourque, Christian Thomas, and even Derek Stepan), drafting the pups from old NHL wolves (I still can’t believe we missed out on Brock Beukeboom… just listen to that name. Sounds like he eats bricks and shits iron ore). Were any of these hockey dads any good? Go with the best dad. Or the one that played catch with his kid the most and spent the fewest nights drinking himself blind, using a hooker’s stomach as a pillow. 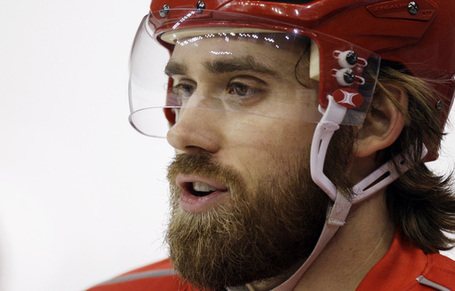 Lucky number 7 Round. Is there even a round 7? If there is a 7th round find a kid who has terrible hands but is a great skater and has a great work ethic. I don’t give two shits if he can’t handle the puck. Just find me a hard worker. Every team should have a kid that is a little unpolished in the farm system. You can teach a kid how to handle the puck, what you can’t teach them is how to have the heart of a lion. Either that or find anyone with a name that sounds like "Henrik Lundqvist". Don’t think that strategy will work, do ya? I have two words for you: Patric Hornqvist. Hornqvist was Nashville's 7th round pick, 230th overall back in 2005 (the very last pick of the draft). What is Hornqvist doing now you ask? 51 goals in his last two seasons with the Predators, that’s what.