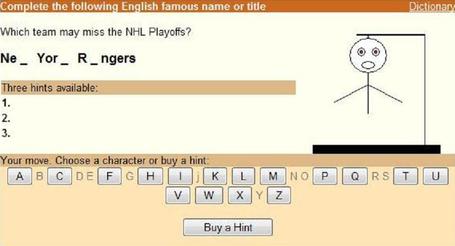 The Buffalo Sabres clinched a playoff berth by virtue of their come from behind 4-3 win over the Flyers in overtime.

BUFFALO, N.Y. (AP) - After the Buffalo Sabres paid tribute to their 40-year history, Nathan Gerbe and Thomas Vanek teamed up to secure their immediate future by clinching a playoff berth.

Gerbe scored a highlight reel spin-around goal midway through the third period, and Vanek scored 1:16 into overtime to cap a two-goal comeback in a 4-3 victory over the slumping Philadelphia Flyers on Friday night.

Meanwhile, in Atlanta, this one wasn't even a contest. Carolina jumped out to a 2-0 lead in the opening minutes of the first period, and never looked back. That's what a team who wants to make the playoffs does against a lesser opponent.

The way Friday's game started, the Canes showed they were ready while Atlanta did not. The Thrashers, who were eliminated from the playoffs on April 2, were playing on back-to-back nights after a 3-0 win over the Rangers on Thursday in New York that opened the door to Carolina's being able to control its own playoff destiny.

So the scenario is simple: If the Rangers win, and a Tampa Bay team with their spot in the playoffs secure and nothing to play for go on the road and defeat the Hurricanes, the Rangers are in.