Share All sharing options for: Shot Ratio and Game Seven

All year I've been feeding you guys the shot ratio stuff in the sense that the team that gets more shots (regardless of misses or blocks, aka Corsi) will most likely win the game. Well to keep this short, the Rangers have been much better when out shooting the Senators. Here are the overall game results:

So in four out of the six games, the team that ended up outshooting (which is essentially out-possessing/controlling the game) won the game. Why is this important? Because the Rangers are much better when they take the game to the other team than coming from behind. More on that after the jump.

How much better has NYR been when leading the game in shots (at any point)? Here are the results through six:

In the end all that chart says is when the Rangers are putting the pressure on they have netted most of their goals instead of scoring against the run of play.

Quickly, lets go game by game to confirm this (as always, thanks to Gabe at behindthenet.ca): 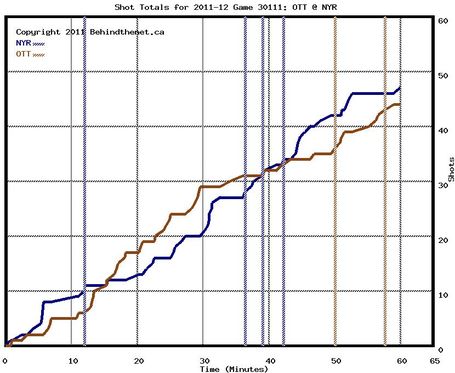 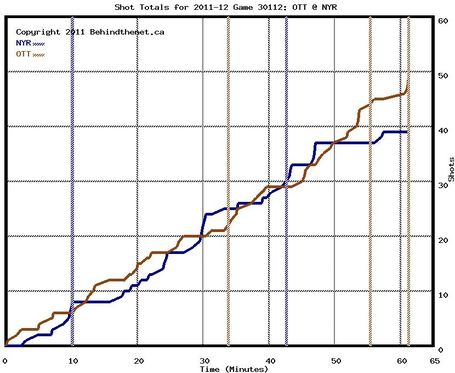 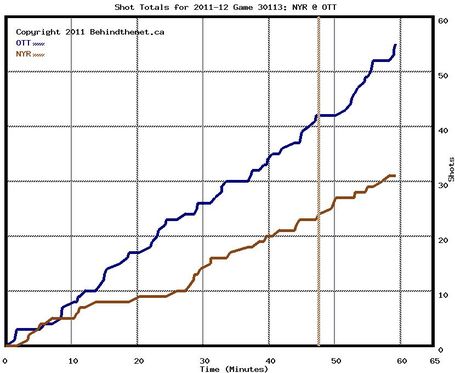 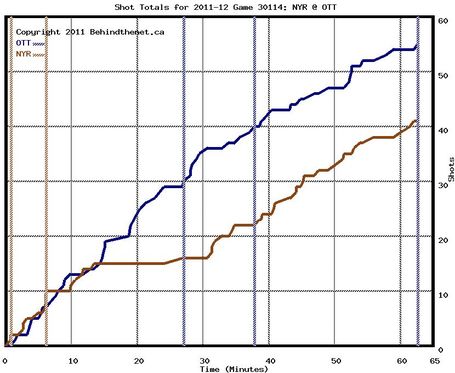 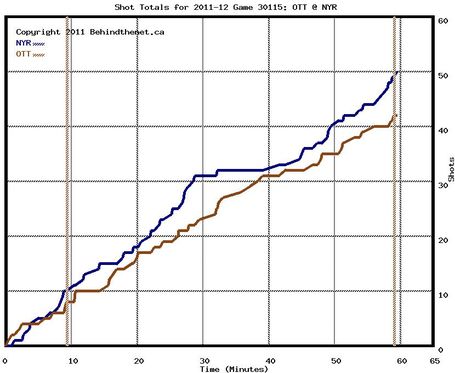 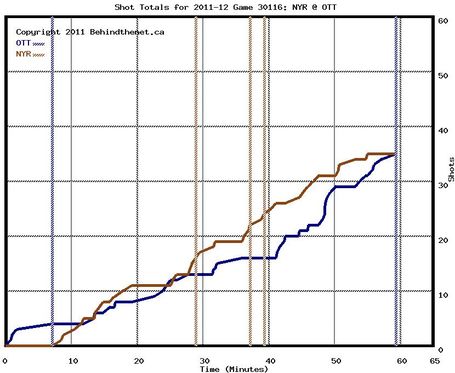 So, what comes out of this rudimentary analysis for just one do or die game? The Rangers need to play a complete game. Lundqvist will (most likely) show up 93% of the time (or 94.2% - his playoff save% thus far), so if NYR can just keep the pressure on Anderson, maybe his 93.3% save% will break first (hopefully).