The Houses of Banter

Behold! The Five Houses of the Kingdom of Banter. Which house do you pledge loyalty to?

Share All sharing options for: The Houses of Banter

In the the crisp, warm spring of 2013 A.D. I penned a piece known to you dreary commonfolk as "The Five Houses of the Rangers Kingdom". I was disgusted by how easily you lot of mongrels could be entertained but it also flooded my heart with joy when I sat alone in my room pretending to hear your approving laughter. I've come to crave that pretend laughter. I crave it like the Fortunato craves wombat meat... crave it like the George craves numbers, logic, and reason... crave it like the young womenfolk crave the Biebs. It's been too long since I did a humorous article (if you want to read a silly one every month, subscribe to Blueshirts Monthly) so I figured the time was ripe for some silliness on the Banter.

So, I decided to do something similar to the Five Houses of the Rangers Kingdom but instead turn my focus to the Houses of Banter. I know that some of you, especially those of you who've been around for ages might feel left out or disappointed about not having a house shield... for that I apologize but I can't make shields for everybody. You may send all complaints regarding this matter to Joe Fortunato's email inbox, he'd love to hear from you. In all seriousness, I aim to do more of these if you guys and gals enjoy them but I'm going to make one rule; you cannot nominate yourself for a house shield, someone else must suggest you by emailing me.

Anyway, with all of that lame crap out of the way, let's turn our focus to the first five Houses of Banter.... BEHOLD! 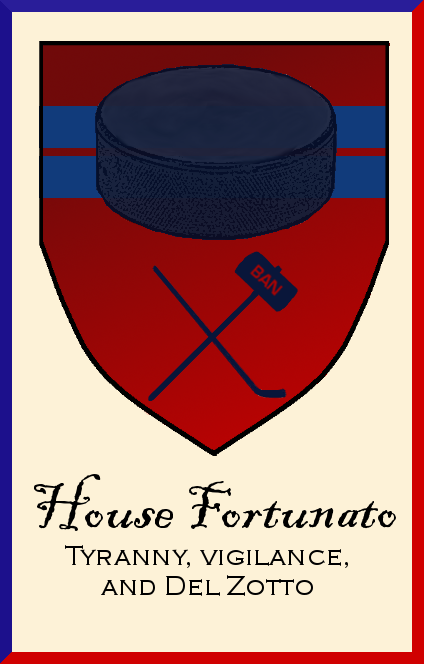 Weapon of Choice: The Pen.

About House Fortunato: House Fortunato is the most influential and powerful house on the Banter. It rose from the ashes of the hilarious and noble House Schmiedeberg and is now soaring like a beautiful drunken phoenix through clouds made of glory, triumph, and thuggery. Those loyal to House Fortunato value being informed and aware and destroying those who threaten the unity and might of the Banter. Some might call House Fortunato a house of tyranny, debauchery, and crapulence... those people are very observant and will probably soon be dead for speaking out about it. If you have poor grammar or are still making excuses of any kind for Michael Del Zotto you belong in House Fortunato by default. 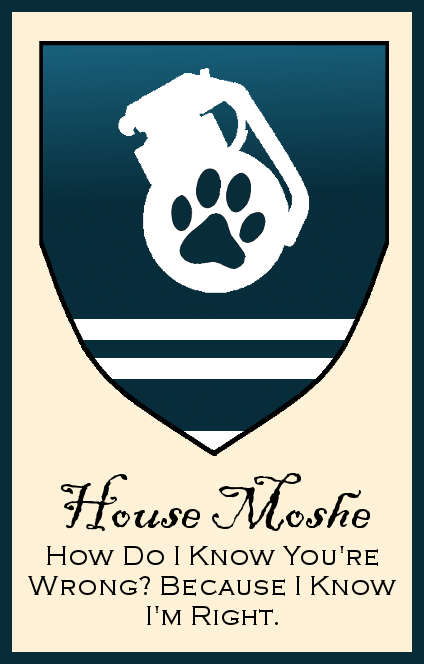 Weapon of Choice: Grenade and/or the Molotov Cocktail.

About House Moshe: Apparently a rather popular house, House Moshe is filled with debate-loving whippersnappers who are convinced that they know everything just because they have a cute little dog. Contrarians through and through, those loyal to House Moshe will almost always find a way to give others a splitting headache until a white flag is waved and the other person's will is worn down to a pathetic little nub. Most of House Moshe's loyalists are suspected to be those who have had their wills broken like wild stallions by Moshe himself and are now little more than mindless brainwashed zombies. There is a great deal of concern that one day there will be a coup attempted by House Moshe either for control of Blueshirt Banter or the New York Rangers organization... neither coup is likely to succeed. 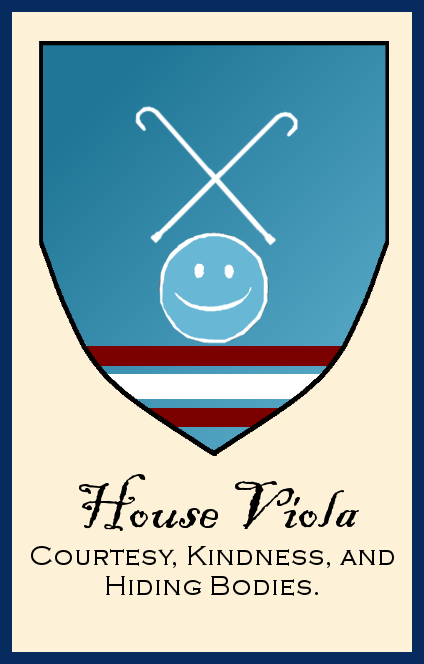 Champion: Blueshirts Fan for 50, the Wise.

About House Viola: The most kindly and loyal of all the houses, House Viola has a proud history of epitomizing what it means to be a gentleman. Those loyal to House Viola probably have prostates the size of footballs and have more hair in their ears than they do on their heads but they are filled with invaluable yarns about the history of the Rangers. House Viola is for those of you who think twice before posting your comments, for those of you who aren't ashamed to say "I love you" to your male friends, and for those of you who know the perfect place to hide a human body. Given enough time almost everyone ends up in House Viola because once you exceed forty-five years of age you join that house by default... unless you end up in House Caerid or House Reiter. 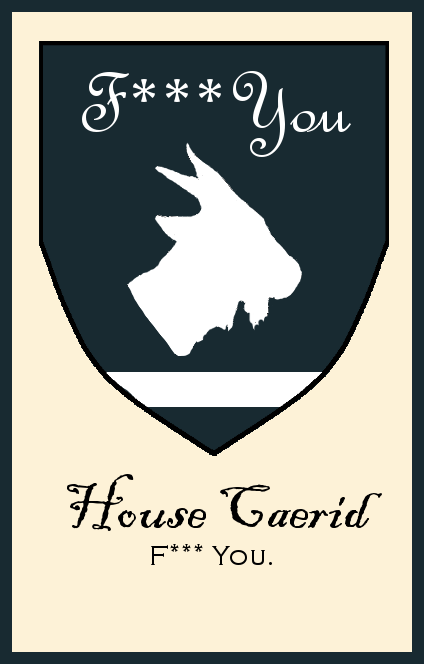 Champion: An old billy goat that Unc feeds human meat to. His name is Bert and he's a real a-hole. 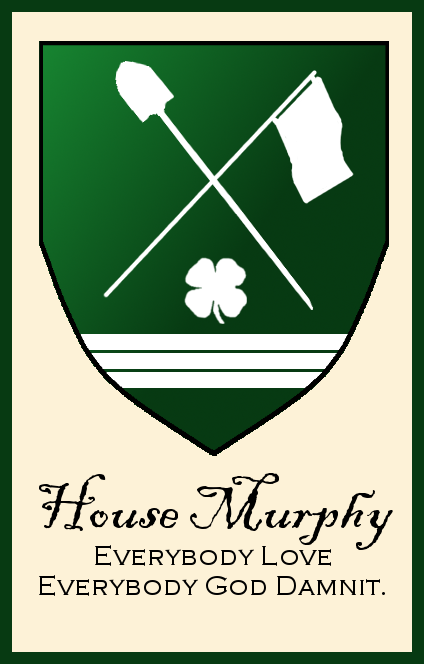 Weapon of Choice: The Axe.

About House Murphy: House Murphy, quite confusingly, encourages humor, justice, and community. Many have thought it strange that Digger extends one hand in friendship and humor and uses the other to carry around a very large axe. Those who belong to House Murphy are often emotional, bearded, and covered in freckles. House Murphy is for those Ranger fans who are kindly, patient, enjoy a good laugh, and refuse to wear socks and pants unless it is absolutely necessary. Also, if you find yourself playing Minecraft past the age of twenty-five this is the house for you.

That's it for the first (maybe the only?) installment of the Houses of Banter guys and gals. I hope you enjoyed it as much as I enjoyed putting it together. I've no idea when and if I'll do a second installment but if you have ideas/nominations let me know. I already have a few houses banging around in my head (including House Reiter and House Ays) but I thought five was a nice even round number to start with. Please enjoy your weekends, be good to one another, and as always... let's go Rangers.