Brad Richards Is A Panda Bear

Share All sharing options for: Brad Richards Is A Panda Bear

I recently wrote an article for SBNation.com trying to convince hockey fans to join the New York Rangers playoff bandwagon. In it I had a lot of fun describing how Rick Nash reminded me of the T-Rex from Jurassic Park, especially the scene where the tiny-armed killing machine tosses the raptors around like ragdolls as they desperately try to take him down and in so doing the T-Rex accidentally rescues Dr. Grant and the gang. I found myself wondering about what animals in the vast kingdom of fauna remind me of New York Rangers. That's right my friends, I started thinking about the spirit animals of the New York Rangers.

At first assigning spirit animals to Rangers in my head was easy and fun. I figured out a few of the most prominent Rangers pretty quickly but soon realized that it wouldn't make for a very interesting or funny article... but then I hit a snag. I had some trouble figuring out what animal reminded me of Brad Richards. I had my breakthrough when I stopped looking at the physical traits of the animal and started thinking about unique habits, behaviors, and traits and then it came to me...

Brad Richards is a panda bear.

Let's be honest here, as adorable as panda bears are they're pretty overrated. They're dopey, they don't know how to mate, they only eat one thing (that has almost no nutrition), and they are hands-down the least badass of all the bears. 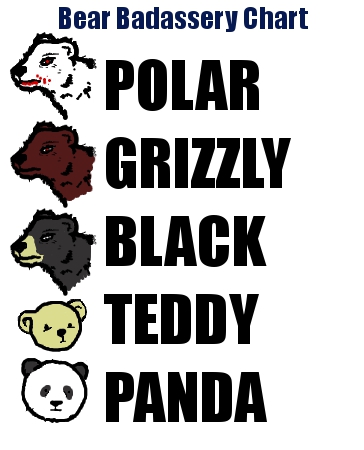 I know, I know. Panda bears don't have to be badass because they are so damn cute. But is loafing around eating all the time cute or is it a sign of severe depression? Just look at those eyes. Black and empty and holding back an ocean of pain, regret, and fear. The panda isn't cute my friends. The panda is a desperate animal that nature and evolution has played a cruel, cruel joke on.

Brad Richards has plenty of redeeming qualities but much like the panda bear can't shake its compulsion to eat bamboo, Richards seemingly can't resist the urge to attempt a half dozen drop-passes per game. Also Richards' other decisions with the puck have been just as confusing and mystifying as the mating habits of pandas. What I am trying to say here is that the things that depress and disappoint me about Richards make me think of the things that upset me about pandas. They are all bad habits or design flaws that probably weren't always so bad.

Perhaps all of those drop-passes used to work for Richie and perhaps pandas were onto something when they started eating bamboo... hell, it seems a lot easier than chasing down critters, doesn't it? It is hard to go against your nature and to change who and what you are. So we should try to be as patient with Brad Richards as we have been with pandas.

There is one more similarity between Richards and the panda bear. Richards' career as a Ranger looks as uncertain as the very survival of the panda bear. Yikes, that got dark in a hurry.

But the night is darkest before the dawn. As bleak as things have looked for pandas in my lifetime, what with the whole "barely-knowing-how-to-mate-to-keep-their-species-alive" thing, they are still here. Biologists are doing amazing things to keep pandas in the game because they are important to the biodiversity of China and we need something to keep bamboo in check (that crap doesn't take a day off from growing). And just like there is hope for pandas so too is there hope for Brad Richards.

Recently, to my amazement, Brad Richards has been playing on another level and filling the hearts and minds of his naysayers with doubts. In the final six games of the season Richards scored five goals and six assists and managed to finish third on the team in points despite struggling for long stretches during the season. He is catching fire at the best possible time and we all know that he has it in him to play on another level in the playoffs because he has done it before.

Thank goodness pandas can't read because this next sentence would break their little hearts. I like Brad Richards' chances of having a solid 2013 NHL Playoffs more than I like the chances of panda bears not needing human intervention to still be around in twenty or so years. In eighty-three career playoff games Brad Richards has seventy-seven points. He has also won a Stanley Cup and the Conn Smythe Trophy which, as far as I am aware, no stupid panda has ever done.

I hope that Brad Richards continues to prove me wrong and makes a case for himself sticking around by playing like a man possessed in the playoffs. So on behalf Blueshirt Banter, you're better than a panda bear Richie, now go show the world. We believe in you.

Let me know what you think in the comments (and yes, I wrote this article just as an excuse to share my bear chart with you).

Let's go Rangers. Go visit the zoo and be nice to animals, especially pandas. They need some love.