Madison Packer is a Perfect Fit for New York Riveters

The power forward is living up to the expectations of her coaches and general manager.

Share All sharing options for: Madison Packer is a Perfect Fit for New York Riveters

Madison Packer is the quintessential embodiment of New York Riveters hockey. Since the franchise's inception, the Riveters' front office and coaching staff have been adamant on building a team with a blue-collar mentality. Packer's reputation heading into the inaugural NWHL season was a player who would outwork and overwhelm her opponents through all 60 minutes all over the ice. Prior to the start of the season, General Manager Dani Rylan addressed the media and shared her thoughts on the power forward. "I think there are a few players on the Riveters that are going to surprise a lot of people. I think one of them is going to be Madison Packer." It did not take long for the graduate of University of Wisconsin-Madison to meet those expectations and emerge as one of the most important players on the team through the first quarter of the season.

"I think there are a few players on the Riveters that are going to surprise a lot of people. I think one of them is going to be Madison Packer." -Dani Rylan, General Manager of NY Riveters

Fans and media became acquainted with Packer's tenacious style of play during the preseason. It was evident from the onset that the winger was going to fit very well into the identity of the team due to her tenacious work-ethic and two-way skill. Packer has played a pivotal role in all three zones of the ice in even strength, power play, and penalty kill situations for New York. It is rare to have a skater who can be relied upon for such diversified and important minutes, but Packer has consistently performed in this role at a high level.

Packer (#14 in red) showed in the preseason that she was not afraid of playing with an edge.

Few Riveters have stood out more than Packer during the early stages of the season, both during the slow start and the recent back-to-back win stretch against the Boston Pride. Never one to shy away from contact, the 24 year old has been the most physical forward and the sparkplug for the team. However, Packer has occasionally played with fire and been burned, accruing 8 PIMs in the first two games of the season. The Riveters' 7-1 loss to the Boston Pride on October 18th was particularly chippy with Packer in the spotlight, instigating several scrums and altercations both during and after the play.

However, Packer has turned her game around and brought the Riveters along with her. Not only has she stayed out of the sin bin since the third game of the season, the penalty kill maestro has stepped up in big moments with her team shorthanded. Packer is one of the most prominent shot-blockers and lane-cloggers on the roster, serving as a key cog in the clockwork of the Riveters' defensive system.

When the other team starts cutting ruts to the penalty box, Packer is trusted with big minutes on the Riveters' power play unit. New York's production with the man-advantage has been underwhelming through the first five games of the season, going only 2 for 21 with the extra skater. However, Packer has been on the ice for both of those goals and with the team improving their play as of late it would not be surprising to see her and her teammates start putting more pucks in the net on the power play. 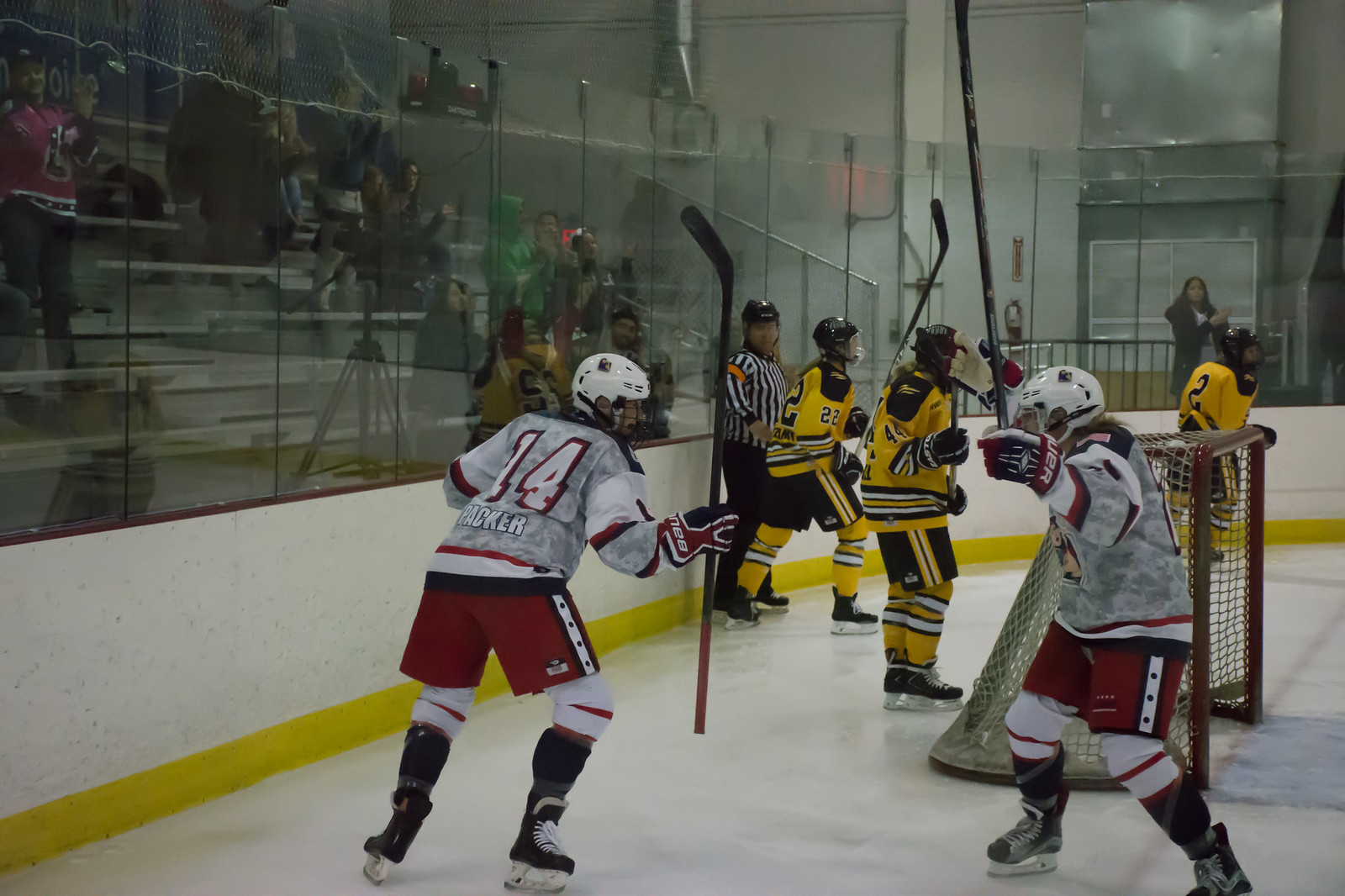 The Michigan native has scored in each of the Riveters' last two games, both wins against the Boston Pride. Packer's first goal of the season came off of the rush, which may become a recurring theme in her point production this year. After carrying it into the offensive zone down the right wing boards, she fired a low shot which forced a bad rebound from Pride goalie Lauren Slebodnick, allowing Packer gather the puck and snap it past the goalie before she could recover from the initial shot.

Packer's second goal of the season perfectly encapsulates her style of play. After initiating a tenacious forecheck, she stripped elite defenseman Zoe Hickel of the puck and created a breakaway for herself. Wasting no time, Packer sniped a shot just over the glove of Brittany Ott and just under the crossbar. Although celebrated as a power forward, the winger showed that she has plenty of skill with her shot selection and execution.

When the Riveters announced their captains for the season, Madison Packer was given the honor of being named an alternate captain alongside Morgan Fritz-Ward with Ashley Johnston serving as captain. Recognized by her organization as a leader, by the fans as a game-changer, and her opponents when she is bearing down on them, Madison Packer is making a name for herself around the league as an impact player.